How to Choose a Bat House Location 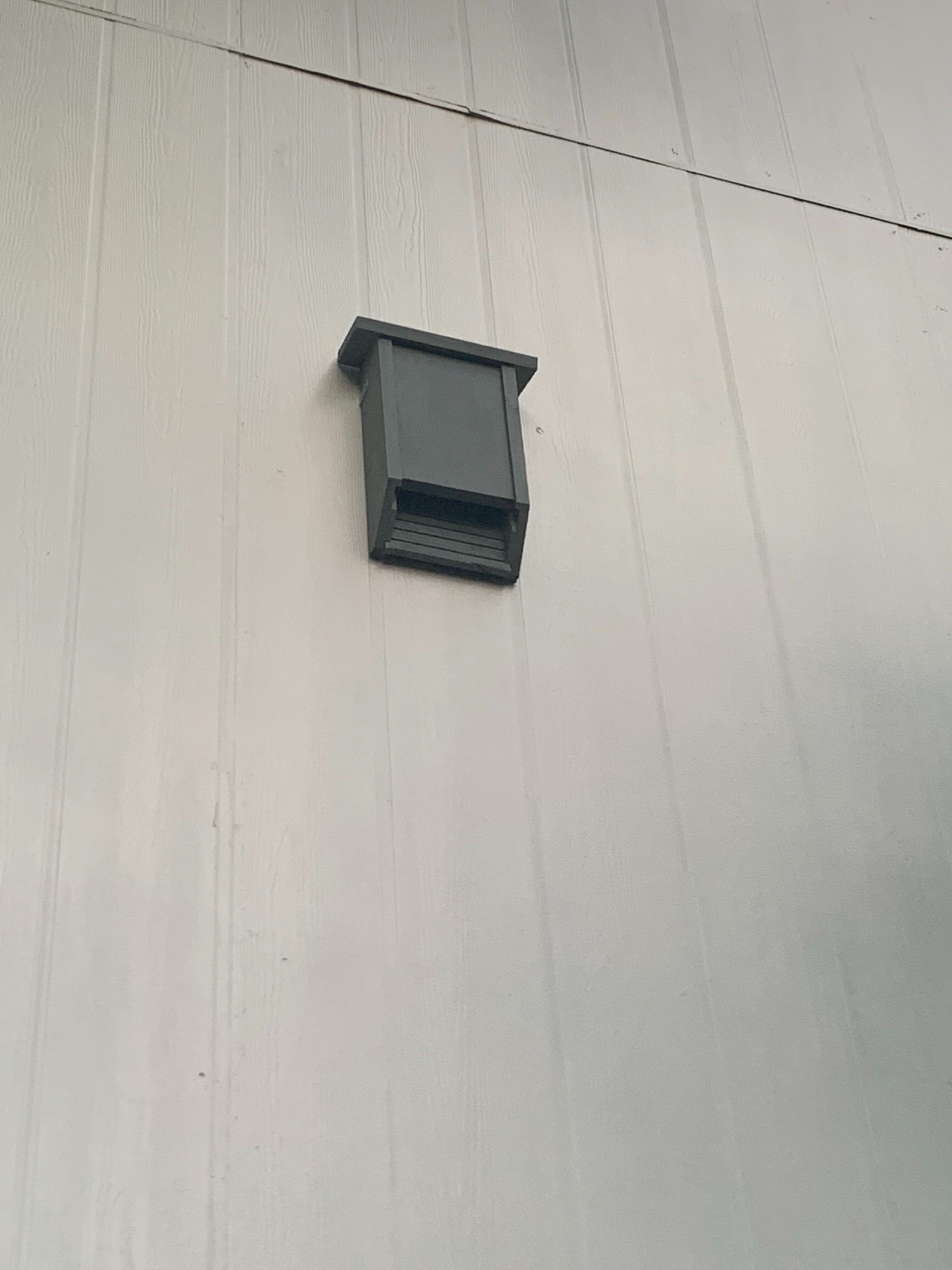 Will a bat house in your area attract bats? Bats are constantly on the prowl for suitable alternate roosts. If a bats can be seen occasionally at dusk, then likely the area should support a new bat house. Having a known roost nearby is even better, but be aware that bats will not abandon another roost to immediately occupy a new one. They simply won't move out of an attic space to live in a small bat house, without some attempt to seal that attic.

The bat house or Rocket Roost should be placed at least ten feet above the ground in an open area orientated south-southeast (140° azimuth is optimal) where it receives at least seven hours of direct sun.

The bat house will be more attractive to bats if it is within 1,500 feet of a permanent stream or pond. Bats need a drink on very hot summer days, and the fresh water guarantees a nearby feeding zone.

Bat roosts should also be placed near, but not shaded by, trees. Upon emerging each night, bats are vulnerable to predation and will want to follow landscape features such as tree lines and forest edges to find safe travel routes. These are ideal places to provide roosts.

Bat roosts are only going to be occupied if the bats need them. So obviously you will have more success in good habitat and near bat’s resources, like other summer/winter roosts, water, and foraging grounds.

Habitat diversity will also attract bats. A combination of forests, clearings, and wetlands will produce different types of insect activity at different times throughout the summer, assuring a constant supply of food. The bat house should be within 10-30 yards of a tree line to provide quick cover from predators, such as owls. If there is an existing roost nearby, the bats may not move into the box unless something happens to the existing roost (i.e. it becomes sealed).

If the bat house is to be used to help evict bats from a structure, then ideally the bat house should be placed on the structure itself. It is also ideal to have the bat house near the bat's entrance into the structure. However, seven hours of direct morning sunlight is of paramount importance and outweighs all other factors. After the second year of occupation, the box may be moved off the structure and onto a pole several hundred feet away. Bat house disturbance during the initial summer may cause bats to abandon the box.

Bat houses should be:

Bat houses should NOT be: